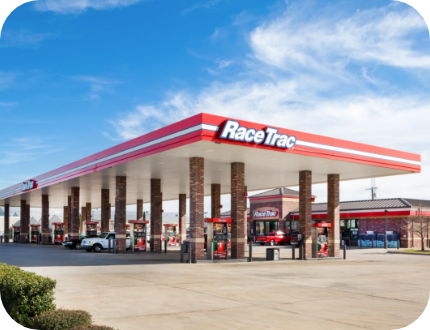 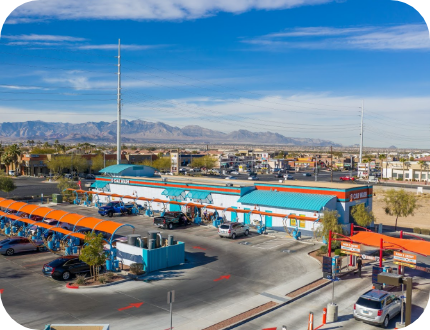 Getty Realty Corp. (NYSE: GTY) is a publicly traded, net lease REIT specializing in the acquisition, financing and development of convenience, automotive and other single tenant retail real estate. As of September 30, 2022, the Company's portfolio included 1,021 properties in 38 states across the United States plus Washington, D.C.

We emphasize accretive acquisitions, selective redevelopments and active asset management to grow and enhance our portfolio of freestanding properties tied to convenience and automobility 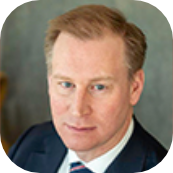 President and Chief Executive Officer since January 2016. Mr. Constant joined the Company in November 2010 as Director of Planning and Corporate Development and was later promoted to Treasurer in May 2012, Vice President in May 2013 and Chief Financial Officer in December 2013. Prior to joining Getty, Mr. Constant was a Vice President in the corporate finance department of Morgan Joseph & Co. Inc. and began his career in the corporate finance department at ING Barings. 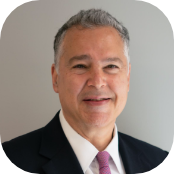 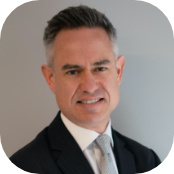 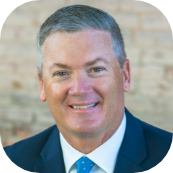 Executive Vice President since May 2014 and Chief Operating Officer since May 2015 (Chief Investment Officer since May 2014). Prior to joining Getty, Mr. Olear held various positions of increasing responsibility over his 30-year career in real estate acquisitions, development and construction, most notably as Senior Director- Real Estate with Home Depot and Senior Vice President Real Estate with TD Bank. Mr. Olear earned a B.A. in Business Administration from Upsala College. Mr. Olear is also a member of the Board of Trustees for Springpoint Senior Living. 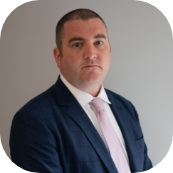 Vice President of Acquisitions since January 2019. Mr. Ryan joined the company in March 2016 as Director of Real Estate and was promoted to AVP, Senior Director of Real Estate and Development in May 2018. Prior to joining Getty, Mr. Ryan served as Vice President of Asset Management for Marx Realty, a Manhattan based owner and developer of office and retail properties. Prior to Marx Realty, Mr. Ryan held various roles for Macerich, one of the country's leading owners, operators and developers of major retail and mixed use developments. 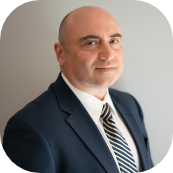 Eugene Shnayderman serves as Vice President, Chief Accounting Officer and Controller of Getty Realty. In this role, he has overall responsibility for the controllership activities and leads the company’s financial reporting, accounting, corporate tax and related internal controls functions. Prior to joining the Company, Mr. Shnayderman was a Senior Manager in the audit and assurance practice at Deloitte, specializing in real estate and financial services. Before joining Deloitte, Mr. Shnayderman worked as an accounting professional at national accounting and consulting firms, serving clients in many different industries. 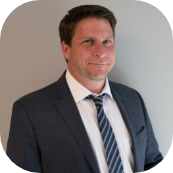 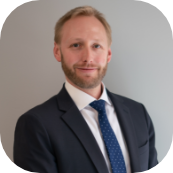 Senior Director of Real Estate since November 2020. Mr. Olsen joined the Company in May 2017 as Senior Real Estate Manager and was promoted to Director of Real Estate in January 2019. Prior to joining Getty, Mr. Olsen served as Director of Leasing at Clifton Realty Management, an operating partner and leasing agent for KKR & Co. His previous positions in the real estate industry include roles with leading owners, operators and developers of retail and mixed use developments including Westfield Corporation and The Macerich Company. 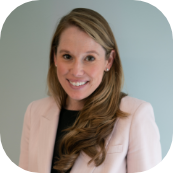 Phoebe Slater, Senior Director of Acquisitions since January 2021. Mrs. Slater joined Getty in February of 2017 as Senior Construction & Development Manager, then served as Director of Construction & Development since December 2018. Prior to joining Getty, she spent 13 years in a variety of positions in commercial and residential real estate construction and development, property management, designcoordination and accounting in the private sector. She received her undergraduate degree from the University of North Carolina at Wilmington and her Masters degree in Real Estate Development from New York University. 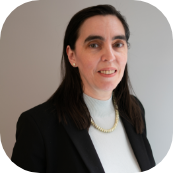 Assistant Vice President since February 2021 and Assistant General Counsel, Compliance since January 2017. Ms. Lokis joined Getty in October 2012 as Counsel and became Director of Asset Management in January 2015. Ms. Lokis was previously an attorney at Getty from 1996 – 1999. Prior to returning to Getty in 2012, Ms. Lokis was an attorney at Shustak and Partners, P.C. specializing in securitized bond transactions and at Farrell Fritz, P.C. specializing in real estate transactions. Ms. Lokis earned a J.D. from Fordham Law School in 1995. 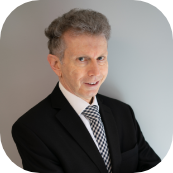 Joined Getty in February 2012 as Counsel and has served as Assistant General Counsel since June 2015. Prior to joining Getty, Mr. Orman was an associate at the law firm Chadbourne & Parke, LLP, specializing in commercial real estate transactions. Mr. Orman received his LL.B. from University of the Witwatersrand, Johannesburg, South Africa. 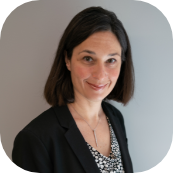 Assistant General Counsel since May 2013. Ms. Voses joined Getty in October 2010 as Counsel and served as Senior Counsel from April 2012 until May 2013. Prior to joining Getty, she was an associate at the law firm Thelen LLP, resident in the New York City office, specializing in real estate transactions. Ms. Voses earned a Juris Doctor from St. John’s University School of Law. 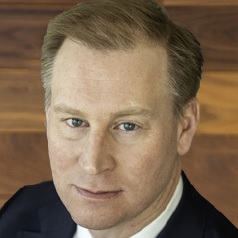 Mr. Constant has served as a director of Getty since January 1, 2016, concurrent with his appointment as President and Chief Executive Officer of the Company effective at that time. Mr. Constant joined the Company in November 2010 as Director of Planning and Corporate Development and quickly advanced within the Company to Treasurer in May 2012, Vice President in May 2013, Chief Financial Officer in December 2013, and President and Chief Executive Officer as of January 1, 2016. 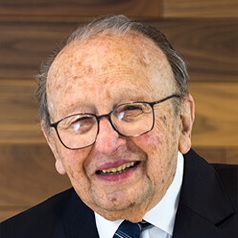 Mr. Cooper has served as a director of Getty since 1971 and as Chairman of the Compensation Committee of the Board of Directors since 2006.

Mr. Cooper is the Executive Chairman of the Board of Directors for Kimco Realty Corporation (“Kimco”), a New York Stock Exchange listed real estate investment trust which is one of the nation’s largest owners and operators of neighborhood and community shopping centers. Mr. Cooper served as the Chairman of the Board of Directors and Chief Executive Officer of Kimco from its initial public offering in 1991 to 2009, and was a Director and President of Kimco prior thereto. In 1956, Mr. Cooper co-founded the predecessor business that became Kimco.

Mr. Cooper is a nationally recognized leader of the modern REIT industry. He has received the National Association of Real Estate Investment Trusts Industry Leadership Award for his significant and lasting contribution to the REIT industry. From 1983 through April, 2012, he was also a director of Blue Ridge Real Estate/Big Boulder Corporation, a real estate management and land development firm. Mr. Cooper also served as a member of the Executive Committee of the Board of Governors of the National Association of Real Estate Investment Trusts. 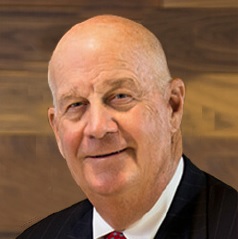 Mr. Coviello has served as a director of Kimco since 2008, serves as Chairman of Kimco’s Audit Committee, and also serves on Kimco’s Executive Compensation Committee and Nominating and Corporate Governance Committee. Mr. Coviello was a partner in Latham & Watkins LLP, an international law firm, until his retirement from the firm as of December 31, 2003. 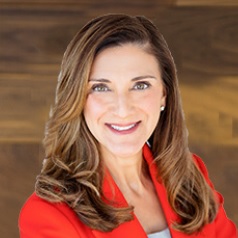 Ms. Infurna was appointed to serve as a director of Getty in July 2021, and immediately subsequent to such appointment, the Board appointed Ms. Infurna to the Nominating/Corporate Governance Committee.

Ms. Infurna is a Senior Vice President of Investor Relations with SmartRent.com Inc. Previously she was a Managing Director with ICR, LLC specializing in strategic communications, capital markets advisory and investor engagement. Prior to that, Ms. Infurna was a Managing Director in Equity Capital Markets with Citigroup where she was responsible for raising equity capital for companies in the real estate and lodging sectors. Ms. Infurna also spent over a decade as a portfolio manager and analyst managing real estate and related securities portfolios with Diamondback, Moore Capital, Amaranth and Barings/Cornerstone Advisers. She commenced her real estate capital markets career as a Director in equity research with Deutsche Bank. Ms. Infurna has an MBA from Northwestern University’s Kellogg School of Management and a Bachelor of Science from New York University. From 2018 through 2021, Ms. Infurna served as an advisory board member to Accesso Partners, a private real estate asset manager based in Miami. 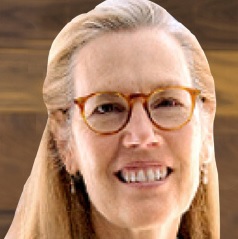 Ms. Malanoski is currently Chief Financial Officer of S2K Partners Co. LLC. Previously, she was the Chief Operating Officer at Morgan Joseph TriArtisan, an investment bank focused on the mid-market, where she also had served as Head of Banking and Chief Financial Officer. Prior to Morgan Joseph TriArtisan, she was a founder and principal of New Street Advisors, a boutique broker-dealer, and New Street Investments, a firm focused primarily on non-control investments in private companies. Prior to New Street Advisors, she was a senior team member at New Street Capital, a private investment firm which managed the assets of the reorganized Drexel Burnham Lambert. Ms. Malanoski began her career as an investment banker at Drexel Burnham Lambert. She also is a member of the Board of Directors for Phibro Animal Health Corporation and served as a member of the Board of Directors for Morgan Joseph TriArtisan from November 2005 until August 2021. 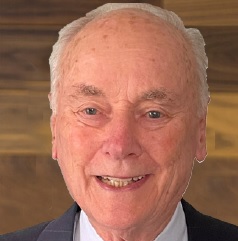 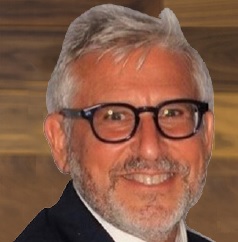 Together with attributed family interests, Mr. Safenowitz is one of the Company’s largest stockholders. Mr. Safenowitz is the President of Safenowitz Family Corp., an investment firm, since 1997. From 1990 to 2003, he was employed by The Walt Disney Company where he served as Senior Vice President, Business Affairs of Buena Vista Motion Pictures from March 2001 until April 2003 and prior thereto as Vice President, Business Affairs of Walt Disney Pictures and Television from 1996 until 2001. Mr. Safenowitz practiced corporate and transactional law in New York and California from 1983 until joining The Walt Disney Company in 1990. He also served as a director of Getty Petroleum Marketing, Inc. from December 1998 until December 2000.

Today, Getty Realty Corp. (NYSE: GTY) is the leading publicly traded, net lease REIT specializing in the acquisition, financing and development of convenience, automotive and other single tenant retail real estate. As of September 30, 2022, our portfolio included 1,021 properties located in 38 states and Washington, D.C., and our tenants operated under a variety of national and regional retail brands.

Headquartered in New York, New York, our team of 30+ dedicated professionals reflects the broad capabilities of our business and our commitment to effectively serve all of our stakeholders. 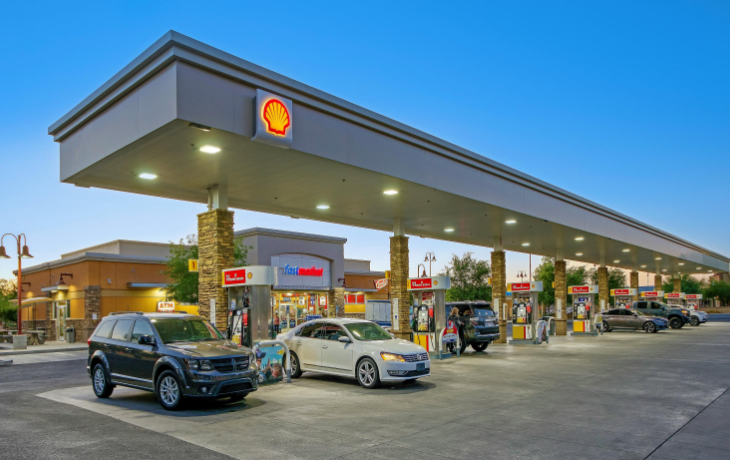 In 1985, Power Test capitalized on an antitrust dispute involving the proposed acquisition of the Getty Oil Company by Texaco, Inc. and acquired all of Getty Oil Company’s Northeastern petroleum distribution and marketing assets. The transformational acquisition included gasoline stations, terminals and retail supply contracts, along with the Getty® name and trademark, and the Company changed its name to Getty Petroleum Corp.

In 1997, the Company executed a spin-off of all the petroleum marketing and distribution assets owned by Getty Petroleum to a new public company which, only a few years later, was taken private in a well-publicized sale to Lukoil, one of Russia’s largest integrated oil companies.

The real estate assets retained after the spin-off became Getty Realty and laid the foundation for the nationwide portfolio of convenience and automotive retail assets that the Company owns today. 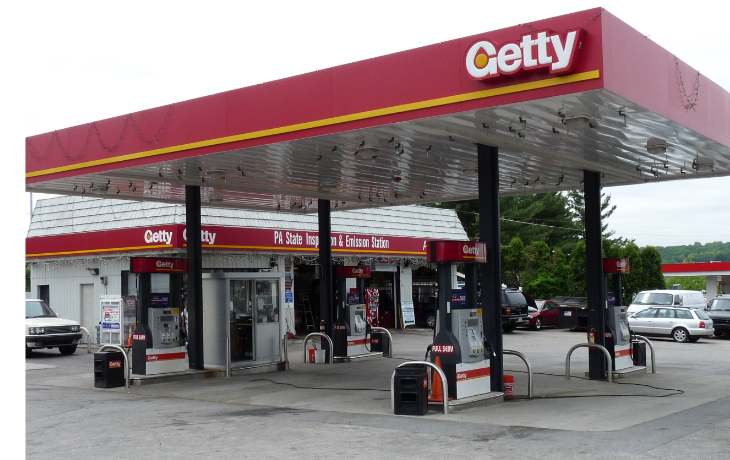 In 1955, Leo Liebowitz and Milton Safenowitz co-founded our Company through the acquisition of a single gas station in New York City. Over the next 15 years, the Company continued to assemble a portfolio of gas and service stations and built our predecessor entity, Power Test Corporation. Power Test went public in 1971 and grew to become the largest independent gasoline distributor on the East Coast. 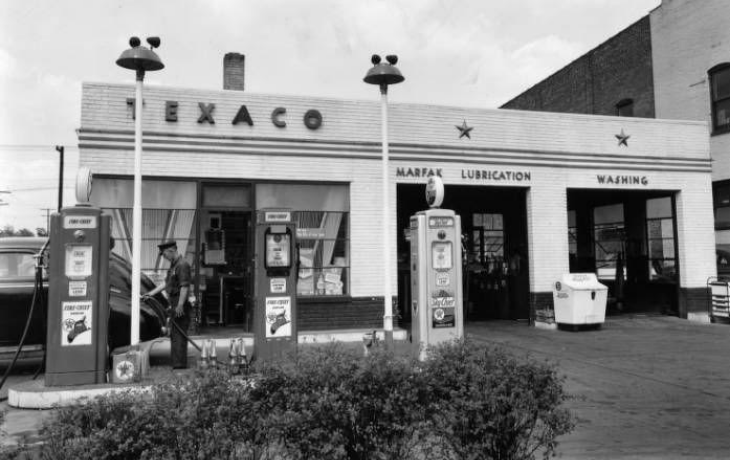